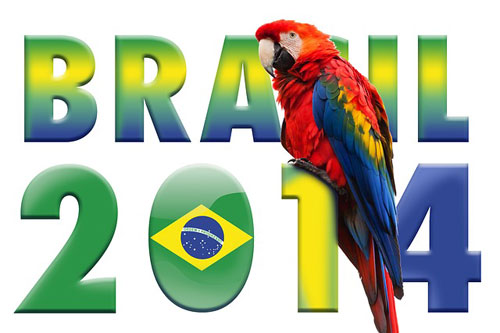 The World Cup is less than a day away and the wait will be finally over to experience some footballing action. There’s always favourites who underperform, some dark horses and some surprises every tournament.

The pre-tournament analysis by the media pundits does shed some light over the heavyweights and the probable party-spoilers. But I still think it will be a World Cup dominated by three teams, Germany, Brazil and Argentina, who look most likely to advance further into the tournament. Mind you I am not picking up Spain as one of my favourites, going against conventional wisdom, because I feel that the tide is shifting away from them and the law of averages could catch up with them. Quarter-final is their best place this competition.

Germany’s project youth, which started off after the 2006 World Cup bore fruit with the German league academies producing a wealth of exciting youngsters. A final and two semi-final appearances in the last three major tournaments have provided a great experience to the youngsters who have been integrated in the senior setup. Players like Mesut Ozil, Thomas Mueller, Toni Kroos, Sami Khedira and Manuel Neuer, who are in their mid-20s have great international experience and are mainstays at their respective clubs.

With exciting attacking options and a stable defensive back five, Germans can finally end their big tournament disappointment.

Brazil’s team has the biggest expectation on their shoulders; a World Cup on home soil and that too in a football crazy nation. Though the current squad does not compare to the squads of the past winners, they do have some credentials.

Brazil’s world cup winning coach, Luis Filipe Scolari has made sure that he has selected a squad based on performance rather than past laurels with players like Kaka and Robinho not given the ticket. The Selecao fans have been spoiled for choices in the attacking department with the likes of Ronaldo, Rivaldo, Romario and others setting the stage alight with their performances.

This time there’s just one superstar, Neymar who has been heralded as the shining beacon of Brazilian flair supported by Fred, Hulk and Oscar. The defence looks assured with Thiago Silva, David Luiz, Dante and Marcelo fill in the spots. The team is well balanced and everyone knows what they need to do, we might get a gritty Brazilian winner this time for sure if we get one.

Messi’s Argentina – a pretty thing to say, but the South American has been disappointing for the past few tournaments. Over reliance on Messi might have been the cause for disappointing campaigns in the past, but one should not overlook the fact that Argentina has produced excellent attacking talents but the defensive department remained a concern.

This time too, the South American giant looks heavy at the top with a decent midfield. The attacking department is frightening with players like Lionel Messi, Angel di Maria, Gonzalo Higuian and Sergio Aguero, coach Alejandro Sabella would need to avoid mistakes which Diego Maradona did during World Cup 2010. And if he can do that then there’s not stopping the La Albiceleste.

I am looking at a Brazil v Argentina final, stuff that dreams are made of. Brazil enter the tournament at 3/1 (bet365) to win the title, while Argentina are slightly behind at 4/1 (William Hill) to add to their 1986 title. However, new users can earn as much as 8/1 and 12/1 on Brazil and Argentina winning the title respectively with Paddy Power.