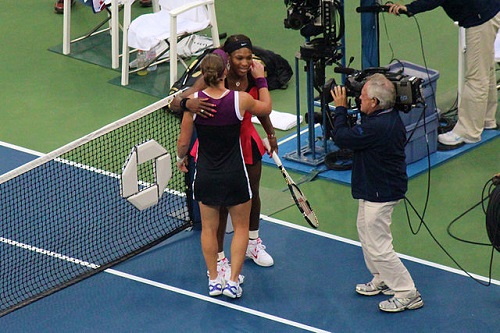 Serena to meet Stosur in last 16? – Image by Boss Tweed

A good way to try to spot value in any tournament is to work your way through the draw, assessing the likely winners of each tie and calculating the possible permutations. It’s obviously more lucrative to try to find value on some of the bigger prices and it’s more exciting too.

As always if Serena turns up at the US Open it’s her tournament for the taking but her form has not been great so there’s certainly no value backing herat odds of 2.5. She’ll probably have to player Stosur in the last 16 too who has beaten her before here in 2011.

The key is to look for easy routes, good match ups, players who have shown signs of improvement and obviously who are a bigger price than perhaps they should be. We can then look to trade out a little and lock in some profit around the quarters/semis.

I try to do this for all the tennis slams and it’s rewarded me pretty well this year after picking 3 out of the 4 semi-finalists in Australia and 2 of the semi-finalists in the French Open from just 4 bets. I backed finalist Cibulkova at over 400-1 in the Aussie Open and traded out for a huge profit.

I missed Wimbledon but I’ve now just done my US open draw predictions and I’ve decided my 4 bets this time around will be:

Kerber and Wozniacki are similar players who have both proved themselves to be very difficult to beat on hard courts. They both make a lot of balls and that puts you ahead of most in WTA. Wozniacki is in better shape than ever, serving well and on these fast courts she doesn’t need to generate much of her own power. Kerber is similar but has a better attacking range and both of these stand a good chance of making the semi’s in my opinion.

Wozniacki will likely face Sharapova in the last 16 and I think she can win that one. In the quarters she would then face Simona Halep in what would be a very close match.

Kerber and Sloane Stephens will probably meet in the last 16 so one of my picks won’t prevail but I’m choosing both of these because I think they both would stand a good chance of beating Safarova or Agnieszka Radwanska in the quarters.

Ivanovic and Stephens are the more attacking choices but when playing their best are very tough to beat. Ivanovic is a former French Open winner but she’s put in some extremely good hard court performances this year, taking a set off Serena and she does seem tougher mentally.

Ivanovic’s biggest test prior to the quarters will be Pavlyuchenkova whom she has a winning 6-0 head to head record with. She should therefore win this and get a shot against Serena or Stosur in the Quarters.

Stephens has reached the semi’s in Aus, beating Serena to get there and although she’s a bit more of a gamble she’s worth taking at a big price of 85.0. She’s always much more motivated for the Slams.

Remember to place your bets with Betfair’s Exchange because their prices are so much bigger on the outsiders in any tournament than what the bookies will give you. E.g. The best odds on Sloanne Stephens with the bookies are 67.0 with most offering in th 40.0 – 5.0 range. This compared with the 84.0 available on Betfair.