Three of the Most Popular Grand National Winners

The Randox Health Grand National is the world’s most iconic steeplechase and it regularly throws up plenty of drama and excitement. The race is held at Aintree racecourse in early April and is one of the most-watched sporting events in the UK. This energy-sapping contest will test the stamina of the 40-strong field who must negotiate a number of famous fences including Becher’s Brook and the Chair. We reflect on three previous winners who have captured the imagination of sports fans and proven to be incredibly popular victors of this legendary contest.

Don’t Push It’s victory will be remembered as the day that rider A.P McCoy finally broke his duck in the contest. Despite being widely regarded as the greatest jumps jockey of all-time, this particular race had continued to elude him and it took him fifteen attempts to get off the mark. After a plethora of near-misses, McCoy finally landed the ultimate prize in 2010 on board this quirky J.P McManus runner. Trained by Jonjo O’Neill, the lively runner finished ahead of Black Apalachi and Big Fella Thanks, who had started as favourite. Many punters had routinely backed A.P McCoy’s horses in previous years and were delighted to see the jockey tick off another career milestone. Don’t Push It was retired two years later and continued to prove hugely inconsistent in the interim period but he will be remembered for helping reduce McCoy to tears. The jockey told reporters “it means everything to me to win the Grand National”.

Representing trainer Lucinda Russell in 2017, One for Arthur became just the second winner from north of the border to triumph in the contest and his success at Aintree was celebrated effusively throughout Scotland. The eight-year-old had been heavily backed prior to the race getting underway and went off around 14-1. It was also a significant moment for the trainer who became just the fourth female handler to taste success in the race. A superb round of jumping saw One for Arthur finish strongly and he saw off the threat of Cause of Causes to collect the significant prize pot. The popular winner looks set to return to the track in 2019 and will attempt to recreate those heroics two years on. He is currently priced up at around 25/1 to enjoy a second success in the contest but will face stiff competition from the likes of 2018-winner Tiger Roll and Bellshill. There are plenty of horses in with a chance and the Grand National tips of betting.betfair will help narrow down the field and point punters in the right direction. 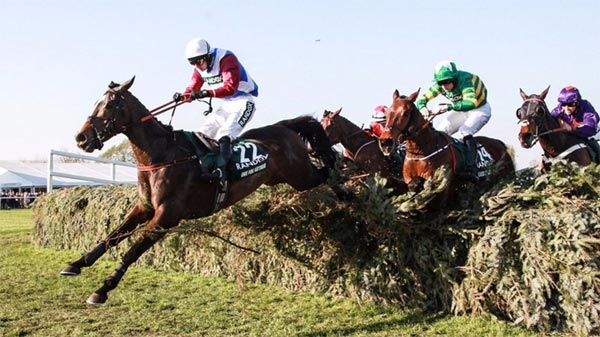 Going back to 1990, Mr.Frisk’s performance in the contest is still fondly remembered by the betting public. He took less than eight minutes and fifty seconds to complete the notoriously tricky course, shaving fourteen seconds off the previous record, which had been set by Red Rum. Jockey Marcus Armytage has previously mentioned that punters still approach him and thank him for his endeavours on board the flamboyant jumper. The popular winner lived to be 21-years old. The Kim Bailey-trainer runner was a quirky sort whose unique style helped win the hearts of the nation and his record-breaking success in the Grand National will always be remembered vividly by horse racing fans.

The Randox Health Grand National continues to go from strength-to-strength and many punters are already beginning to finalise their ante-post bets for the April contest. The race will undoubtedly throw up more incredible stories and fascinating narratives over the next few years and the 2019 renewal looks set to be another highly competitive event.