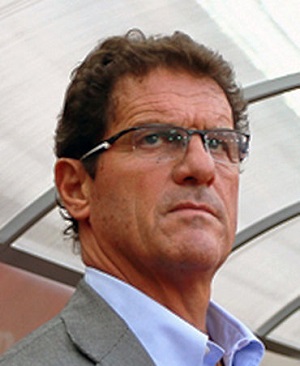 Russia take on South Korea in the second fixture of Group H on Tuesday, June 17. One of the most open groups in the tournament, all the teams have a good chance of qualifying to the round of 16, which makes this a very crucial encounter for both sides.

Russia’s World Cup history has not been very rosy and this time under the Italian coach, Fabio Capello, the fans back home expect some improvement. Capello has selected a very low-key team with players from the Russian Premier League.

Their World Cup qualification saw them placed in a group consisting of heavy-weights like Portugal; and yet, they topped the group losing two and drawing once in the process. The team is pre-dominantly defence-heavy and Capello’s strict formation play is likely to continue with his main playmaker Roman Shirokov out injured.

The creative responsibility may now fall on the young shoulders of Alan Dzagoev, if he starts for Russia.

South Korea’s 2002 exploits at home in the World Cup catapulted their popularity to dizzy heights. The biggest upset they managed was ousting the mighty Italy out of the tournament in the quarter-finals of 2002 edition.

Their coach, Hong Myung-Bo who is considered to be the best Asian player was appointed as the head coach after a dismal qualification campaign, when his predecessor stepped down.

South Korea’s team, mainly the midfield and attack, is comprised of players from Bundesliga and English Premier League. Their rising star, Son Heung-Min is touted to be the one to watch out for in Brazil.

The game is expected to be clash of ideologies with Capello’s rigid, defensive setup and Myung-Bo’s cavalier setup to give more freedom to his nimble midfielders and strikers.

Capello has a decent record on the international scene and should set up a good tactical side against the less experienced Myung-Bo. The Russian side does have experience, but the lack of players playing in the top leagues might expose the vulnerabilities. South Korea have serious problems at the back, the usually reliable Korean keeper Jung Sung-Ryong has developed some cracks in his game and the back four does not inspire confidence at all. Their 4-0 loss to Ghana was a sign of things to come if the defensive conundrum is not resolved.

The Russians might be unbeaten in their last nine games but their attacking talent needs to be more creative in their approach. If the Korean midfield cuts off the supply from the centre of the park and denies their wingers chances to get those diagonal balls and crosses into the box, Russia don’t have a player who can unlock the defences with a tearing through ball or a sumptuous lob.

South Korea have good, technical midfielders and players like Ki Sung-Yeung has certainly impressed in a box to box/defensive midfielder role who can attack as well as defend (his performances with Swansea and Sunderland were particularly impressive). The attack is particularly impressive with Heung-Min proving to be a hot property in the Bundesliga for his exploits with Bayer Leverkusen but they’ll still find the Russian’s tough to break down.