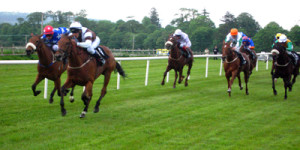 Probably the best known successful tipster on the horses is Racing Post’s Pricewise. John McCririck referred to him as the world’s best tipster and his tips are the ones the majority of racing fans looks for first. For those that don’t know the man behind the Pricewise persona is Tom Segal.

With little information about his record online we have recorded the performance of Pricewise Tips for over 3 years. We can confirm that he does make decent profits but he doesn’t compare to the very best horse racing tipsters on our site.

Studies past races and form

Tom spends many hours watching past races and studying form to try to find horses at value prices. His tips are usually selections at big prices and although his losing streaks can be big, he comes up with enough winners at prices good enough to make very nice profits. Opinion of his tipping seems to change from week to week and impatient novice punters declare him rubbish, only for him to become the best thing since sliced bread when he finds another huge priced winner.

Finds big priced winners but stakes should be small

We here at Betting Tools have followed Pricewise’s tips for the past 4 years nows and as you can see from our Tipster Table the results are very impressive.  Particularly because, for a number of years we only listed them with bets available odds at the time of posting and not the Racing post advertised prices. The trouble though that most people have when betting on his tips is that they bet too much and consequently can’t withstand a bad losing streak.

Good advice to anyone following his tips is to set your stake for 6 months or even the year and don’t change it. Set it to something that you know you will be able to bet on as much as 30, 40 or even 50 times over. Even if that’s a few quid, it should still be enough to make a nice healthy return and staying in the game is one of the most important aspects of betting.

Get on early for best price

A lot of people want to know just how profitable his tips are and it does depend on a number of factors. Firstly are you talking all his tips and at the prices he advertises in the Racing post or the start price. Well we aren’t the quickest to get to the Pricewise tips but generally put them on the site before 10:30. We used to use the prices available when released (settled with best odds guaranteed) but we now list as posted in the racing post. If you are able to get up early at 8:30 there are a whole host of bookies who still commit to offering the Pricewise selections at advertised odds for a short period. They don’t last long though so be quick!

Lots of profit but need to maintain faith through losing streaks

We initially began by only following Pricewise’s Saturday tips and they have proved very profitable for us but he has struggled during the big festivals which we also now include in the Pricewise Record. There will be bad losing spells so expect them and you’ll be less disappointed. These kind of losing streaks are inevitable when backing at value prices like this but it is also the best way to make the most profit long-term. So it is important to maintain the faith and take a long-term view 6 month or a year when assessing profit and loss.

An interesting thing to note about Pricewise tips is that he does get told which races to make his selections from. There’ll usually be a lot of runners and although filtering tips isn’t recommended if you think a race is particularly difficult to price up you may decide to swerve one of his tips. Pricewise also makes his selections a day or more before and so his selections aren’t based on any kind of ground or going. This could make it possible to effectively filter Pricewise’s tips and make even more profit! Here is a good video about Tom discussing how he goes about finding his tips: http://www.youtube.com/watch?v=S_xd9Rha3hE

We have found that many horse racing tipsters feel comfortable backing much shorter selections and backing too many of these just doesn’t provide any value long-term. Finding value, most of the time at bigger prices is going to be more rewarding in the long run if you can withstand the losing streaks.

Some people prefer to bet on Pricewise’s tips each way and if you aren’t sure about the often confusing placing rules then make sure you bookmark this page to help you: https://bettingtools.co.uk/horse-racing-each-way-rules/