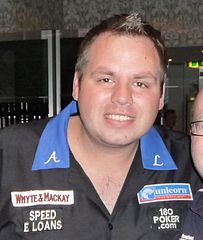 You know it’s nearly Christmas when the World Championship Darts tournament begins! Coverage from the Ally Pally starts on Sky from Thursday 18th December and with so many players in and out of form it’s pretty wide open this year. So, let’s take a look at finding some value in this year’s tournament.

We all know about Taylor’s dominance here but he has actually only won once in the last 4 years which is nowhere near as impressive as the many years prior. Odds of 2/1 are not providing any value that’s for sure. If you do fancy backing The Power to win make sure you do so with Boylesports who are offering new mobile customers a much more tempting 8/1!

They key as always for Taylor is the early rounds. The format is much shorter in those (Best of 5 increasing to the final which is the best of 13) and luck is more of a factor and consistency less important. Over the longer format Taylor is so difficult to beat because of his mental prowess and the fact that few have the belief to play the player and not the board.

Defending Champion Michael Van Gerwen is one of those who now has the belief but his form has definitely dropped off from less year’s high standards. Perhaps the motivation isn’t what it was now he’s achieved his goal but with the another big payday on the table MVG is likely to bring close to his A game once the Camera’s start rolling. We successfully backed MVG last year at 4/1 and he won but considering his form odds of 5/2 are too short this year.

Adrian Lewis is twice a winner here and on his day he can beat anyone. He doesn’t seem to like beating Taylor though and almost concedes mentally before he plays him. You never know what you’re going to get with Jackpot but at odds of 12/1 he’s definitely worth backing.

Dave Chisnall is another scoring machine who Taylor himself admits is unbeatable in practice. There will come a time when Chizzy gets it together on live TV and 40/1 looks a big price especially when you consider that he’s beaten Phil Taylor here before.

A couple of lesser known players to look out for are Stephen Bunting and Michael Smith. Bunting was last year’s BDO Champion at Lakeside and he’s beaten Phil Taylor just a couple of months ago in the last 16 of the European Championships. Very few players successfully make the transition from the BDO but Bunting has already proved he’s got what it takes and I think he can go far this year.

Michael Smith is very similar to Lewis when he came on the scene in that he’s a very talented player but sometimes lack the belief. He’s a big scorer and is beginning to develop the consistency required to give himself a chance in this tournament. It may be a tad early for him to win time around but he took out Taylor early doors last year and is definitely worth an each way punt at a huge price of 80/1 with Coral.

Be sure to follow our profitable Darts tipsters Good Arrows and STB Darts who will be providing tips throughout the tournament.

Recommended Bets:
Lewis to win at 13.0 with Coral
Bunting Each way at 23.0 with Paddy Power
Dave Chisnall Each Way at 41.0 with Boylesports
Michael Smith Each Way at 81.0 with Coral