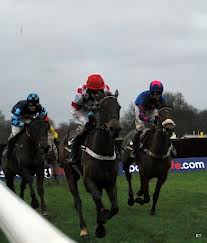 Merry Christmas and a very happy and prosperous new year to all Betting Tools blog followers. The Christmas period is always a chance to over indulge in some of our favourite things. Racing plays a huge part in this for me as the festive season takes hold and what a week we have coming up.

Ralph Waldo Emerson was an American essayist, poet and lecturer whom I studied at university. His thoughts on transcendentalism and his naturalistic doctrine were of course intriguing but it was his philosophy and poetry that I enjoyed the most, “Do not go where the path may lead, go instead where there is no path and leave a trail”. This quote is a tenuous link between a philosophy I loved reading about and our potential, ambitious novice chasers and hurdlers. Moreover, it relates to the progressive types who come March may indeed have a role to play within the prose of our national hunt season culminating as a champion at Cheltenham in the spring.

With this in mind, we have the likes of My Tent or Yours, Dynaste, Cue Card, Silvinaco Conti all hoping to illustrate the ability and potential they may possess, in Ireland we have the likes of  Ballycassey, Morning Assembly and Black Thunder also trying to prove their credentials (amongst many others)

Below I’ll be marking your card for Kempton on Boxing Day!

The first thing to note is undoubtedly the weather conditions. The ground here will quite clearly be soft to heavy and I’m siding with it being extremely testing. This makes a stoutly bred type who may have enough in reserve to keep galloping at what is usually characterised as a quick track would be one of the key variables well selecting possible winners here. Most of the form is relative to the kind of opponents they have encountered on only a few starts so as always it’s a tricky start to proceedings.

Champagne At Tara may indeed be a solid proposition here, I liked the way he jumped in the main last time out on his hurdling debut at Sandown and AP McCoy wasn’t hard on him and gave this exciting prospect a real learning experience, he finished 7 lengths or so behind Vaniteux who stayed on up the hill, they re-oppose here and one must respect the Nicky Henderson charge.

However, the Jonjo O’Neil stable is hitting form of late and this Kayf Tara grey gelding may indeed make progress here on ground which may well suit. The flat track at Kempton over the two mile trip will play into the strengths of Champagne At Tara, a really interesting prospect for the future.

The five year olds have a good record in recent years and Nicky Henderson took this race with Tetlami & River Maigue in the last two years respectively. Again, the main protagonists will be the most progressive here and I see Urbain De Sivola with the right profile to land this prize for the Ditcheat yard. Since moving to deepest Somerset this Le Fou chestnut performed extremely creditably on his inaugural start for the Nicholl’s team.

Urbain De Sivola will be stepping up in trip and will be facing the bigger obstacles for the first time, it is relatively unknown as to how well he will cope with that but I don’t believe he’ll find it too much of a problem. He is a scopey, progressive type who is undoubtedly on the upgrade. Once again when looking at previous winners in recent years five year olds have a solid record in this race but he will need to jump convincingly. Paul Nicholl’s has thrown him in here off a workable mark and I believe a man like Nicholl’s certainly ‘knows his onions’ when it comes to making a decision like this.

Formerly known as the Feltham Chase the name was changed in July 2013 which represents quite rightly one of the greatest steeplechasers of all time. Watching back Kauto Stars wins in the King George always makes me smile but his Betfair Chase win will always live long in the memory, a gutsy, brave, bold and courageous champion. T

This race for me represents little value but as I’m selecting a runner for each race I have to go for Just a Par. A little uninspiring when looking at the price but ticks plenty of boxes. Another selection for the Paul Nicholl’s yard and it may be an excellent day for the stable.

Just a Par will enjoy Kempton, a nice even gallop would play into his strengths and if he can jump like he did last time out at Newbury then he will be hard to beat. He was never really asked many questions by Daryl Jacobs, pushed out to a cosy victory jumping accurately throughout beating Third Intention who lines up again today. Not the most competitive or exciting renewals of this race but Just a Par will be hard to beat.

Now this is where the heart starts beating a little bit quicker and what a spectacle we have in store. Is it quite as simple as a match bet between My Tent or Yours v The New One? I’m not so sure but one thing I am sure about at this track and on this surface is that The New One will have the advantage of stamina in reserve and he won’t mind a tactically run affair, he will stay and quicken if need be on ground which won’t hinder his chances.

Conversely, the same cannot be said about My Tent Or Yours. Although a classy, speedy horse who will be my choice come March in the Champion Hurdle but this is different. With no obvious pace angle and with how he fights for his head early on in races, failing to settle appropriately at times I just don’t think this will be best suited to him.

The New One on the other hand will have the opportunity to illustrate his ability to handle this ground if it evolves into a tactical affair. We already know how well he travels and jumps, winning the Neptune in style at Cheltenham and winning both his starts this year only goes to show more is on its way. A class chaser in the making? I think so.

This race never fails to disappoint year on year. Many will be looking for the new young pretenders to take centre stage and I believe that could be the right way to go. Cases can be made for at least four or five of these and it really is as close as the proverbial ‘cigerette paper’ between the front three in the betting market.

Starting with Al Ferof his last run in the Amlin Chase bodes well from a jumping and fitness point of view but not from a competitive one. This Dom Alco grey is without question a classy type and looked a top class chaser in 2012 when taking the Paddy Power Gold Cup in style but will a step up to 3 miles enhance his chances? He has a pedigree that suggests he can so I’m pretty certain he’ll stay but not sure he’s as good as some of the other protagonists.

Silvianco Conti is another who has chances and will of course come on from his last run but I believe he still has many questions to answer. He shares the same father as Al Ferof and can certainly stay the 3 mile trip. If he jumps and travels like he did in the Denman Chase back in February then he undoubtedly has a chance, I’m just certain he is a little short of top class ability. Long Run goes again and could well be the fly in the ointment at a respectable each way price but I believe he’s now regressing and may well be falling out of love with the game.

My selection goes to the consistent jumper Dynaste. Last time out this grey was travelling like the winner. He jumped beautifully throughout but just couldn’t handle the stamina reserves of Cue Card, who he faces once again and who had the benefit of a run. I’ve never really been a lover of how Cue Card jumps (particularly at this track and when going right handed) and he certainly has his idiosyncrasies.

Cue Card has recently put many question marks to bed particularly surrounding his quirks and stamina doubts but I’m still not sold by him. Dynaste may of needed the run last time out and he’ll be ripe and primed for this. That last run will no doubt bring him on and I expect a solid performance on ground he’ll relish. Dynaste in my eyes will progress into a super chaser and with winning the Feltham last year at this track, over this distance and on this ground I’m expecting him to take this with aplomb.