The King George VI Chase is one of the most prestigious chases in England, only surpassed by the Cheltenham Gold Cup. As the course is one of the longest in the country, the race is only suitable for the most experienced horses which are used to long distance running. The current favourite on the King George race betting 2018 sites is last year’s winner Might Bite.

There’s no doubt that Might Bite might be the star of the show at the moment, but there have been some historic winners throughout the years.

You can’t talk about the most historical winners of the race without talking about the first one. In the inaugural tournament in 1937, Southern Hero ended up victorious. Not much is known about the horse, but it is believed that he once between Golden Miller in a race. Since his victory, Southern Hero has remained as the oldest winner of the race, winning it aged 12.

Southern Hero might be the original winner of the race, but he is not the most success. That title goes to French-bred racehorse Kauto Star. The horse is considered one of the most successful steeplechasers of the modern era, having won around £3.7 million in earnings.

As well as earning large sums of money throughout his racing career, Kauto Star won 18 major races, including five King George VI Chase wins. His win total in the annual Boxing Day chase means that he is the most successful horse to ever compete in the race. The win record is even more impressive if you consider all five of those wins came in six years, and four of those came in a row (2006-2009).

Kauto Star also holds the record of the biggest winning margin, winning by 36 lengths in the 2009 race. 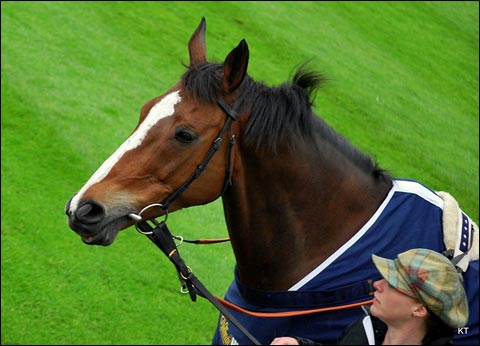 Mainly known as being one of the horses of the “Dickinson five”, Wayward Lad had a very successful racing career with 14 major wins to his name. In total, the English thoroughbred won just over half of his races and brought in just under a quarter of a million pounds in earnings.

In the early 1980s the thoroughbred dominated, often finishing in the top three in every race he participated in. This includes the King George VI Chase. In 1982, 1983 and 1985, Wayward Lad won the steeplechase by comfortable margins. Wayward Lad also had a chance to win the 1984 and 1986 race, but fell short by finishing 3rd and 5th respectively.

Following the dominance of Wayward Lad, Desert Orchid was the next horse to dominate the prestigious race, becoming the first horse to win the race for three consecutive years. His first win came in the 1986 race in a year where he finished in the top two in all of his races. Although he was narrowly beaten in 1987, Desert Orchid rebounded in 1988, 1989 and 1990 by winning all three races.