Grand National 2019: Four trainers to watch out for

It’s been months in the making, but at last, the Grand National 2019 is here and the three-day event promises to be as exciting and thrilling as ever before, with 40 horses all gunning to earn their place in Aintree Folklore. Races from yesteryear have created some of British horseracing’s most iconic moments, with jockeys, owners and trainers all basking in the glory of winning the Grand National.

Ahead of the main event, last year’s winner Tiger Roll is the current favourite and can be backed at 7/2 to make it successive wins. For trainer Gordon Elliott, it would be his third win at the National if he could pull it off and it would make Elliott one of the most successful trainers in the events’ history. The Irishman could possibly have 12 entrants come Saturday afternoon, but does the competition shape up? Let’s take a look at some of the other leading trainers.

No stranger to winning in Liverpool, Tom George could be represented by Summerville Boy in the Aintree Hurdle. George has ten victories to his name at the Grand National festival and will be looking to increase that tally in 2019, but the Hurdle promises to be no easy feat with Samcro, Apple’s Jade and Buveur D’Air all in contention.

Summerville Boy has struggled with injuries of late, but he’ll remain one of George’s best chances and he could have up to ten entries during the festival. Clondaw Castle, God’s Own, Double Shuffle, Actival and Singlefarmpayment are all set to feature – with the latter running in the main event. 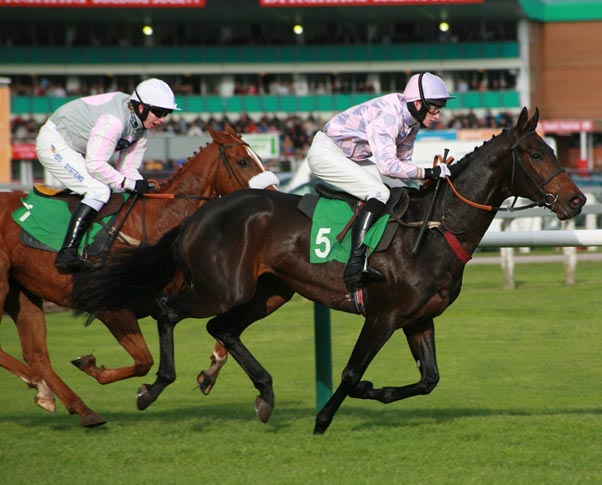 Similar to George, Colin Tizzard has enjoyed success at Aintree and he’ll be eager to keep that run going in 2019. Ultragold will be going for a third successive win in the Topham Chase, with The Russian Doyen set to race in the Manifesto Novices’ Chase.

Lostintranslation could be one of Tizzard’s strongest performers over the weekend; the 7-year-old is set to run in the in the Milmay Novices’ Chase and is priced at a tempting 5/1. He’s had a fairly good season so far and finished runner-up in the JLT Novices’ Chase at Cheltenham.

Nicky Henderson will be hopeful of a success National festival, and his best chance looks to be with Buveur D’Air and Brain Power in the Aintree Hurdle. Once again, Barry Geraghty will be Henderson’s main jockey and he’ll be on board the former come Thursday afternoon.

Henderson also has some strong contenders in the Topham, with Valtor and Janika the favourites. But Saturday’s main event sees the former compete alongside Kilcrea Vale – who is something of an outsider at 66/1.

World famous trainer Willie Mullins will have up to six horses running in the Grand National, with big things expected of Pleasant Company. Last year’s runner-up will be looking to go one better this time around and is currently 16/1. The bookies are favouring Mullins’ other main contender in the shape of Rathvinden (8/1).

Mullins’ other main contenders include Kemboy, who’ll be running in the Bowl Chase and Faugheen in the Aintree Hurdle. Punters will also want to take a look at Min in the JLT Chase, who has picked up three wins from his last nine races and missed out by a whisker in the same race last year.