Grand National 2019: The Big Questions for the Aintree Showcase

There is a nice buzz around the UK national hunt racing scene at the moment, after a successful Cheltenham Festival added some names to the history books and gave us some hints about the sport’s future. Indeed, The Cheltenham Festival answered some questions, but also posed a few new ones, some of which will be answered at the next big event in UK horse racing event – the Aintree Grand National (6th April).

Below we take a look at what issues are providing the main narratives for the big race:

Can anyone beat Tiger Roll?

Tiger Roll is now a bona fide superstar and something of a cult hero in racing circles. The 2018 Grand National winner looks set to be one of the shortest priced favourites in the history of the race, with current odds of 4/1 (Betfair) looking like they will tighten even further as we get to race day. He is in superb for, but will the weight of history be too much?

For many, the best part of Cheltenham was seeing the likes of Rachel Blackmore and Bryony Frost get their dues with huge wins during the week. Everyone wants to see more parity for female jockeys, who have been taking their opportunities whenever they come. One of the trailblazers, Lizzie Kelly, looks set to ride Tea For Two, an enigma of a horse, who has the quality to defy 80/1 odds (Bet365) and put Kelly into the history books, or at the very least get punters some each-way value.

Another vintage year for Sue Smith?

Speaking of female trailblazers, Sue Smith, who was the third woman to train a Grand National winner with Auroras Encore in 2013, is back with the brilliant Vintage Clouds this time around. The horse is 16/1 with Ladbrokes and looks a decent shout to use with this offer of a free Grand National bet. A string of second-placed finishes in high-profile events has made many look at Vintage Clouds as a solid each-way bet, but the horse has the goods – and the training team – to go a step further.

Will a big money purchase pay off?

You don’t often see horses being bought for big money when they hit 10-years-old, but that is exactly what happened Blaklion last month. He has a solid record and placed in the Grand National in 2017, but new trainer Phil Kirby thinks he can go a little further than that. 40/1 is offered for a horse that was omitted from Cheltenham with a view to getting ready for this race. 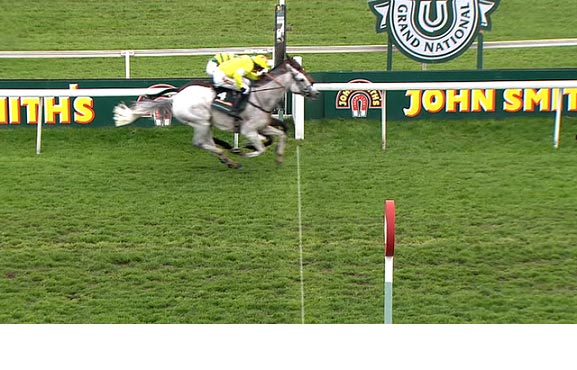 The Cheltenham Festival could not shy away from an issue that has been blighting the sport of horse racing since it began – equine deaths. Changes have been made, with jockeys punished for pushing their horses too far, but you can expect many to still be under the microscope at Aintree. There is still a lot of dialogue to run on this subject.

Is the double on for Willie Mullins?

Willie Mullins famously fixed the biggest omission on hic CV a couple of weeks ago by winning the Cheltenham Gold Cup for the first time as a trainer with Al Boum Photo. He has as the co-second favourite in the Grand National next week, the 12/1 shot Rathvinden, so there is a fair chance we see him complete the rarest of doubles – a Cheltenham Gold Cup and Grand National in the same year.