Good time to back Spain? 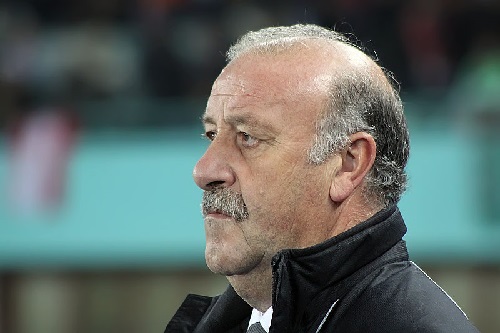 Spain had an uncharacteristically bad night against Holland in the Arena Fonte Nova in Salvador on Friday, being thrashed 5-1 but should we really be writing them off just yet? Armchair football fans everywhere are claiming that they saw it coming and after one mistake that perhaps Mourinho was right when he dropped Casillas from the Real Madrid Number 1 spot 2 years ago. Tikka Taka is dead apparently.

Let’s not forget however that the Schneider chance aside, Spain were in control of the match in the first half until Van Persie equalised. If David Silva’s finishing had been a bit more ruthless and Spain made the most of their half chances then it could have easily been 2 or 3 nil at half time and the match over.

Spain have always been susceptible at the back IF you can get the ball off them and IF you can bypass their midfield. This is nothing new. When the Netherlands took a 2 goal lead, the Spanish started chasing the game and became very unorganised. This often happens in football but Spain very rarely need to resort to such damage limitation.

The score was very much a freak result and in my opinion is not a significant as many think. To use an already over-used phrase by TV commentators (not sure if Phil Neville used it because we couldn’t hear him), Robben and Van Persie have always ‘had that in their lockers’ but Spain rarely give you the opportunity to expose them in this way.

Of course, this kind of thumping could knock the confidence of Vincente Del Bosque’s side but being the proven Champion’s that they are it is more likely to give them the motivation to put it right and give them the kick up the back side that they need. We all saw how well they reacted to losing their first match against Switzerland in 2010.

Spain may not win the group now and they also may have to face Brazil in round 2 but that is a winnable match for them. Some bookies are as high as 14-1 (BetVictor) on the Spanish retaining the World cup now with others playing it a little safer and offering only 9-1. 14-1 is a big price for me, at the very least a decent trade if Spain make it to the quarters as I still expect them to do.