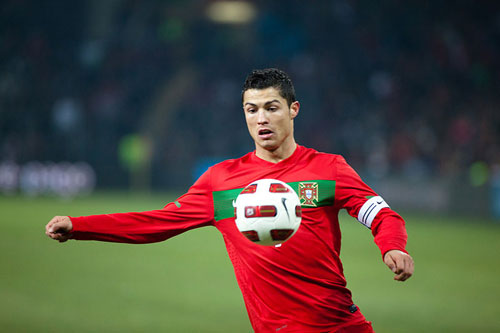 Group G of the FIFA World Cup 2014 will see its first action as Germany and Portugal meet in a mouth-watering clash at the Mangabeira stadium in Salvador De Bahia on Monday, June 16.

Germany are three-time world champions going into the World Cup. Their last triumph, however, came 24 years ago in 1990, as West Germany when they beat Argentina by a solitary goal in the final.

After a period of some soul searching at the international stage, Germany reached the final of the World Cup in 2002, losing to Brazil. Thereafter, Germany made the semi-finals in 2006 (Germany) and 2010 (South Africa). The Germans are currently ranked 2nd in the world behind Spain and are one of the favourites for the current edition of the World Cup.

Portugal, on the other hand, have never laid their hands on the World Cup. Their best finish at the tournament came in 1966 – incidentally, their debut appearance in the finals – when they finished third. As England won the World Cup that year, it was Eusebio who stole the show with his dazzling play. Thereafter, Portugal have had great footballers in Luis Figo and Rui Costa, however, none measured up to current skipper Cristiano Ronaldo, who won his second FIFA Ballon d’or last year. Portugal are currently ranked 4th by FIFA on the Coca-Cola rankings.

While Germany were one of the first teams to seal a berth for the finals, winning their European group in style, Portugal did not have it as straight-forward.

Portugal came in second in their group behind Russia and were handed a life-line via the qualifiers on account of being the second-best team in qualifying.

The draw for the playoffs were not so kind to them too as they had to overcome a Zlatan Ibrahimovic-inspired Sweden team to seal their berth in the finals. Ronaldo scored all four goals over two legs in the playoffs to make sure that his team do not miss out on football’s showpiece event.

Portugal have warmed up for the World Cup with convincing 5-1 wins over Cameroon and Republic of Ireland. They have also defeated Mexico 1-0 and were held by Greece to a nil all draw in the friendlies preceding the tournament.

Germany, meanwhile ran out 6-1 winners over Armenia in their last warm up match before the World Cup. They were held to a 2-2 draw by Cameroon and a nil all draw by Poland.

The Bavarians have also won 1-0 against Chile at home and away at the Wembley Stadium in London against England.

Joachim Loew is a shrewd customer and he has a German team at his disposal which is full of talent and experience.

While the likes of Philipp Lahm, Mats Hummels, Per Mertesacker, Bastian Schweinsteiger, Lukas Podolski, and Miroslav Klose are immensely experienced, Julian Draxler, Mario Goetze, Mesut Ozil, Thomas Muller and company represent the young and talented brigade who have made a name for themselves in European club football.

Marco Reus’ absence might be a factor for the Germans. However, they have enough talent in their squad to replace him on the left flank.

Paolo Bento’s Portugal team remain dark horses for this year’s tournament. The team management have been sweating over the fitness of Ronaldo, who limped out of training on the eve of the tournament with his left knee covered in ice.

Reports have been coming in that Ronaldo might be able to feature for the Portuguese as he has been training for the last couple of days.

Portugal will be hugely dependent on Ronaldo and Nani for the goals. They have a decent defence with Pepe, Bruno Alves, Joao Pereira, and Fabio Coentrao while the midfield consists of the solid William Carvalho, Raul Meireles, and Joao Moutinho, who has proved to be one of the best in his position.

The good news for Portugal is that Ronaldo is fit and should come out firing in this one. Can he break the German defences though, just as Real Madrid did against Bayern Munich in the Champions League semi-finals?