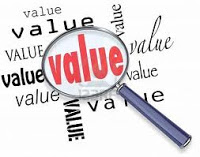 Finding the magical value is not easy and looking back on my bets since the turn of the year I have clearly managed to find value long term. This doesn’t mean to say that all my bets have been value (including the winning ones) but the important thing is that I’ve found more bets with value than those without it.

I have however had a couple of bets recently where I’ve looked back and decided that the price I got probably wasn’t value. The latest example was Wozniacki at 1.4 (70% probability) against Kerber. It’s impossible to say whether this was the case and it’s easy to beat yourself up about it but the fact of the matter is it lost, it’s one bet and it doesn’t really matter in the scheme of things. I could quite as easily have got 3-1 on Wozniacki, or she could have had 6 match points and still lost but it still would be marked down as a -10 units loss regardless. The problem comes if you are a Kelly Stakes bettor and you made this a 90% bet, then your calculation of this being value would matter long term as you just lost a third of your bank!

The important thing is to learn from the selection you made and perhaps why it might not have been value. In this particular instance, Wozniacki’s form has not been that great and she is not the dominant player of last year. She was also in her home country and if anything the price is likely to be too low because this factor is over emphasised. This is the second time I’ve lost on Wozniacki this year and although I made a fair bit backing her last year. She clearly isn’t performing as well right now and as pointed out by someone on the Betfair forum, the market (including me) still thinks she is.

This week’s prem selections saw a small loss of -14.3 units. There were only 3 qualifying bets out of 6, one of which won convincingly (Man City), one which lost easily (QPR) and one that very nearly game in last night in the draw at Arsenal. We knew Arsenal were too short but thought the draw better value than Wigan because they don’t score many goals and they were away from home. Long term this type of bet is still a good bet and we also still profited because our tip of the day happened to be Wigan +1.5.

The ROI for the prem selections is -47.67% ROI for the ‘week’ and although this sounds bad it’s from a very small sample size (3 matches) and has little effect on the overall ROI which is still 23.08%. To be honest weekly evaluations are pretty meaningless and monthly ones would be more indicative of performance. I will get round to producing these results too at some point.