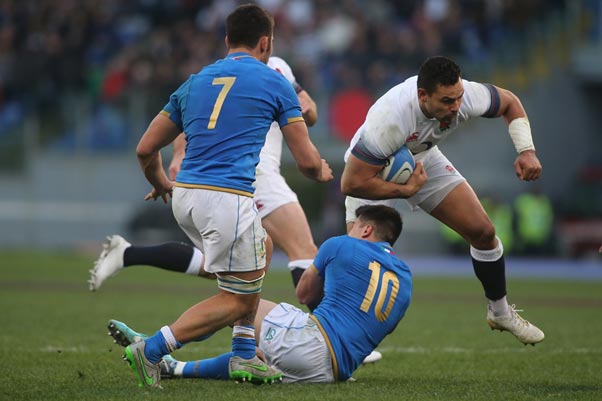 It’s every team’s worst nightmare, injuries, and ahead of the huge clash between England and Ireland at the Aviva Stadium, several England players will be absent due to injury. According to Six Nations betting odds, which can be found here – https://www.paddypower.com/rugby-union/the-six-nations, Ireland are the favourites to triumph in what could be the biggest clash of the tournament and potentially the early decider as to who finishes as champions.

With the odds already in Ireland’s favour, the last thing England would have wanted is injuries to potential starters for the match in Dublin, but unfortunately for England fans, that looks to be the case.

Co-captain Dylan Hartley was already confirmed as out of the opening match but there have been more confirmed absentees since. Centre Ben Te’o is arguably the biggest loss for England as the Worcester Warriors player is out with a side strain that he picked up during the national team’s training trip to Portugal. His absence leaves a notable void in the physicality of the side set to face the defending champions, with Leicester Tigers centre Manu Tuilagi set to take his place. Should Tuilagi start on Saturday it will be his first start for England since 2014 and he’ll no doubt be hungry to prove himself.

There is hope among the England team that Te’o will be fit for the second match against France, but should Tuilagi put in a good performance against Ireland he may give England head coach Eddie Jones something to think about.

Brad Shields, flanker for Wasps, will also miss the opening game of the Six Nations, having also picked up a side strain. He was already a doubt for the first round, but it has since been confirmed that he will miss the big clash with Ireland. Mark Wilson is expected to start on the blind-side flank in his place.

Bath wing Joe Cokanasiga is a doubt for the match because of a knee injury but he could still yet make it if he can prove his fitness.

Owen Farrell should be fit to face the defending champions after undergoing thumb surgery, which is a huge boost to the England camp. Eddie Jones will be looking to his captain to lead his side to victory against Ireland and will be devastated if the Saracens fly-half isn’t fit for the match.

Fly-half George Ford has spoken to Sky Sports about the feeling in the England camp and described there being more togetherness in the squad than he has ever witnessed. While it’s great to have the best individual players, having those players bond together can turn them from great individuals to a great team. Knowing that there is a good team bond in the England camp is a boost ahead of what is likely to be their toughest match of the tournament.

If England can get off to a good start against Ireland then expect the game to be incredibly close. A victory for England will be crucial if they are to win the tournament, but with Scotland and Wales arguably naming their strongest sides for a long time, this year’s Six Nations is likely to be the most open yet.