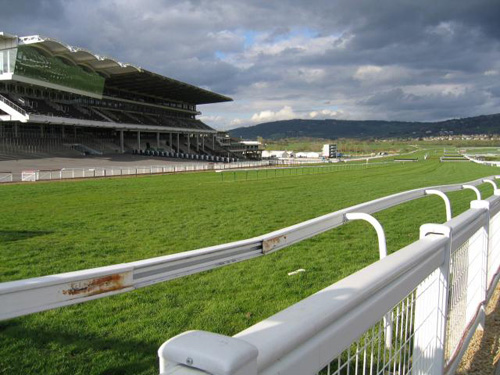 Firstly, these trials can be a good precursor for future grade one events and this race without question is worth scribbling the result into the proverbial notebook. Conversely, results and performances within this race may result in following a (for want of a better phrase) ‘nearly man’ kind.

This sounds like a paradox but it has paid dividends when looking at the runners up rather than the winners. A case in point would be the Paul Nicholl’s trained Hinterland who finished second in 2011 and has now gone on to better things.

COMMISSIONED  for the John Ferguson yard is a training establishment which quite simply has gone from strength to strength, a trainer that likes to purchase flat pedigree’s and who can blame him. This Authorized colt ran three times on the level and ran progressively winning two of his three starts running over the 1m 6f at Musselborough on his final run in October of this year.

My expectation is that a market check would be in order for his hurdling bow but hailing from a proven yard who undoubtedly will have him fit and schooled to perfection seems worth highlighting.

With Nicholl’s v Henderson a common place battle for the NH trainers championship and with the former in terrifying form I really believe it won’t be long until we see the Seven Barrow’s yard start to fire (also potentially terrifying).

With this in mind I believe FRENCH OPERA  at a tantalizing each way price could be the one here. The boxes are firmly ticked on current ground conditions and he has won at the Cleeve Hill track on two occasions and usually puts up a good performance over the two mile trip.

More importantly his current mark of 150 is certainly workable, well within the realms of possibility as this Bering colt took this race back in 2009 off a three pound lower mark (147). Another positive is that his last run would of brought him on, finishing 2nd in the Amlin Chase (which counts for little as only two went to post) that form is irrelevant to a degree but seeing that he jumped right handed throughout illustrates a clear liking to running left handed.

FRENCH OPERA  is a solid jumper and can travel like the best in the business over this trip. Solid each way selection in my view.

SALUT FLO  springs out of the page here and may indeed be better than a handicapper even as an eight year old. Lightly raced, progressive type who may show plenty and can take this. David Pipe trained him to perfection at the Cheltenham festival in 2012 when he led from pillar to post and landed the Byrne Group Plate.

Obviously, you can find holes in that form, a long layoff which hasn’t seen him run since and is hard to assess in terms of how he will favour after such a long time off the track, it also may be true that he failed to beat any superstars. Though, I wouldn’t read too much into that as David Pipe is a shrewd operator, he knows the time of day when it comes to getting horses right on the day.

His bloodline has produced some excellent top level horses including Quel Esprit, Quito De La Roque and  the progressive Sametegal so he comes from a solid jumping family. You can also argue that the handicapper is quite literally guessing as to how good he might be, a mark of 144 looks a fair assumption but it could also prove to be extremely lenient. Is he better than that? I think he could well be. Watch the market!