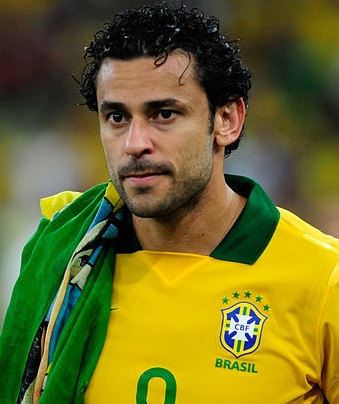 About time Fred was dropped? – Image by Agência Brasil

Brazil will cross swords with Colombia in the second quarter-final of the FIFA World Cup 2014 with the match to be hosted by the Estadio Castelao in Fortaleza on Friday, June 4.

The home team have arrived at the quarter-finals courtesy of a penalty shoot-out win over Chile. Brazil were in fact extremely lucky not to have suffered what would have been a crushing defeat by the La Roja after what had been a drab performance from the Selecao.

While the Brazilians started well with David Luiz finding the net from the far post following a corner routine on 18 minutes, Alexis Sanchez levelled the match with a brilliantly taken goal before the break. The score-line remained the same on 120 minutes which necessitated a penalty shoot-out.

The home team played quite poorly on the occasion and were it not for Thiago Silva, the cross-bar, and Julio Cesar’s heroics in the shoot-out, Brazil would have certainly been knocked out.

After hardly creating any opportunities in the second half, the Selecao started to go all guns blazing at extra time. However, the best chance of the period fell to the Chilean number 9, whose effort from outside the box crashed off the bar, thus prompting penalties.

Colombia, on the other hand, have played an excellent brand of football throughout the tournament which had seen them score nine and concede only a couple of goals in the group stage. Having qualified for the Round of 16 with maximum points, Colombia took Uruguay apart in the second round as James Rodriguez’s double proved decisive.

Having come into the World Cup without their talismanic striker Radamel Falcao, Colombia’s campaign appeared to hit a brick wall even before a ball had been kicked in Brazil. However, the emergence of the now world-famous Rodriguez, who has scored five goals in four matches for this side, has seen them become one of the most feared teams in the ongoing tournament.

Brazil will need to improve their defence a great deal while there is also a need to look into how the team approach their games. They need to go forward as a team and defend as a team as there seems to be a lack of co-ordination between the two aspects of their game. So far, it seems that Neymar is the only player on the pitch who can make things happen and more often than not, passes are aimed at the number 10.

While Oscar has done moderately well and Hulk seemed menacing against Chile in phases, the decision to stick with Fred as the number 9 is truly baffling. One would expect Luiz Felipe Scolari to get his act right in the quarterfinal after nearly blowing it in the round of 16.

Colombia though, will be feeling supremely confident ahead of their clash against a Brazilian side that has truly flattered to deceive. They play an aggressive brand of football with Jackson Martinez up top and Rodriguez just in behind in a free role.

One area of concern for the Colombians would be their defence. While it is true that they have conceded only 3 goals so far in the tournament, the only decent striker that the defence has had to deal with is Edinson Cavani of Uruguay. However, in Brazil, Colombia face an opposition who are much more direct and creative than any of the teams that they have faced so far in the tournament and that would represent a stern test.

Jose Nestor Pekerman’s team will however take heart from the manner in which the home side have gone about their business in recent games. Also with Neymar carrying a thigh injury into the game and with the weather in Fortaleza hitting the extremes in terms of temperature, Colombia can be expected to have a real good go at the Brazilians on Friday evening.