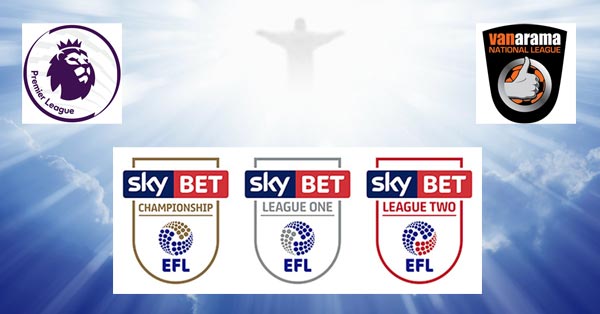 If you’ve been a regular visitor to this site for 3 or 4 years then you may remember that our Bet Monkey tips used to be very profitable! Bet Monkey tips contained the very best value (highest kelly criterion stakes) selections from our Holy Grail system. Our statistical analysis of historical shot data since the 93/94 season provided us with a model that for over 2 seasons seemed to be very profitable. Then something changed and it seemed to perform a lot worse than it had before and never seemed to recover.

We never quite got to the bottom of why this was but the arrival of more accurate expected goals models that has meant that markets are more accurately priced could have had some effect. A lot of the profits from our selections also came from the Conference or National League as it’s now known and we had to stop providing selections for these because we didn’t have the shot data.

Despite not working as well as before, the profile continued to exist and we tinkered with just outputting selections from League 1 and League 2 last season but in truth no great progress was really being made. It didn’t help that for ease with admin duties, we listed the sections against the betfair exchange markets where there are now so many gaps in the odds and poor liquidity for football matches.

Following on from the thinking in my recent article that highlights the need for a combination of a stats based model and human intuition, Bet Monkey selections will be improved for the 2018/19 season. They will include tips for the National League too which we now have the data for. The programming has been altered and the results for the last 3 seasons are encouraging. The program takes each teams recent shots for and shots against data and calculates an expected amount of goals based on the shot numbers. It then feeds them into the poisson distribution formula to create our own match odds. Where the prices most differs from the best historical price from those provided by football-data.co.uk a theoretical bet for one unit is made.

On their own, they’re probably not quite impressive enough overall, I don’t think and betting on nearly every match in every league is too much for most. It should provide a good solid starting point though and then human intuition can hopefully be used to filter out some of the poorer bets.

The human intuition element will consist of me paying much closer attention to the 5 leagues than I’ve ever done before. Each week, I will be watching as much of the live games and highlights as possible as well as reading match reports. I’ll then be putting together my thoughts about what the markets may not have factored in via a weekly blog titled “Between The Lines”. Did a team get very lucky with long-range efforts? Did another suffer from a player missing that the markets may have not valued? Were the conditions poor and that made it difficult to play good football and create clear-cut chances for example. I’ll be looking to spot things like this that the data alone may not account for and wherever my thoughts tally strongly with that of the shots model a Bet Monkey selection shall be posted. All tips will be free and posted under the Bet Monkey profile as well as on the main Tipster Table board.

There won’t be any selections for the first round of matches because there is no relevant shot data. Teams, particularly in the lower leagues change so much over pre-season that you can’t rely much on last season’s data. I won’t have seen any action to give any of the human intuition based thoughts on either and so the first lot of analysis will come next week.

I’ll be looking to do the analysis as early as possible and get the bets on before the end of Thursday at the very latest. Thus giving us the best chance of getting value from the markets. This was another downfall of the old Bet Monkey/Holy Grail system, in that selections weren’t sent out until Friday lunchtime.

If I can tidy the web page up that shows the outputs from the model as well as the recent shot data, I may post it up on the next write up.

Can’t wait to get stuck in!