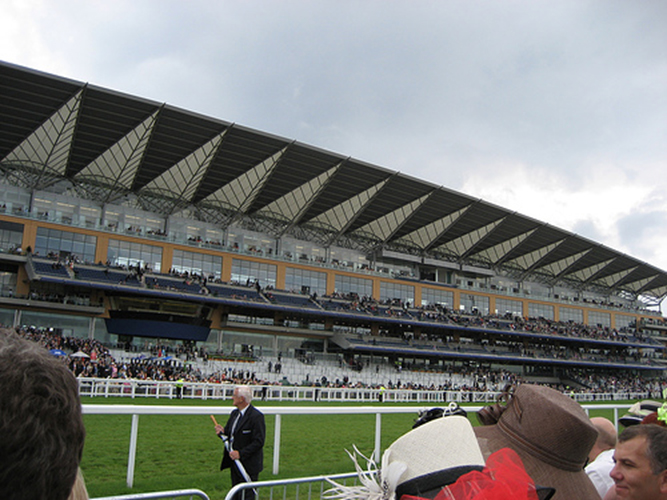 “The Royal Ascot grandstand” (CC BY 2.0) by David Jones

Royal Ascot is the premier flat horse racing festival in the British Isles and this year’s edition, which runs from Tuesday, 19 June to Saturday, 23 June, promises to be every bit as compelling as you’d expect from elite sport.

Where there are horses, there’s money to be made and Royal Ascot 2018 provides plenty of opportunities if you fancy a flutter, with 30 races over the five days. Here are four British-trained horses to consider backing.

Charlie Hills sprinter Battaash lost just once in five starts as a three-year-old and rounded off last season with Group 1 glory at the Arc de Triomphe meeting at Chantilly in the Prix de l’Abbaye. Connections have earmarked the Group 2 Temple Stakes at Haydock towards the end of May for his reappearance run before an outing at Royal Ascot.

That looks likely to be in the Group 1 King’s Stand Stakes over the flying five furlongs. Battaash, who over at Timeform was joint-top of their 2017 global rankings for flat horses, is 100/30 favourite in the betting ahead of American filly and last year’s race winner Lady Aurelia.

Roger Varian colt Defoe had just the one blemish in his three-year-old campaign too, finding the St Leger trip too far. He has come out and won both his starts this season, including in Group 2 company at Newmarket on Guineas Weekend.

Holding entries for the Tattersalls Gold Cup over an extended 1m 2f in Ireland at The Curragh towards the end of May and the fellow Group 1 race the Prince Of Wales’s Stakes at Royal Ascot, Defoe is a best-price 14/1 chance with bookmakers for the latter. The one-and-a-half miles of the Group 2 Hardwicke Stakes might suit Varian’s charge better though.

The Godolphin owned, Saeed bin Suror trained Benbatl is already a Royal Ascot winner, having landed the Group 3 Hampton Court Stakes 12 months ago. He hasn’t won in Britain since, yet enjoyed a very profitable winter racing in the Middle East.

Benbatl could run at home in either the 1m Queen Anne or the Prince Of Wales’s Stakes over further, and also holds an entry in the Hardwicke. Based on three wins and a second at Meydan, either of the former are the most likely and he’s a best-price 10/1 for both Royal Ascot contests.

Trained by Roger Teal, Tip Two Win is Royal Ascot bound and the three-year-old is due to contest the Prince Of Wales’ Stakes. Bookmakers, who returned him at 50/1 for the 2000 Guineas, are unlikely to underestimate him again and the only horse ahead of him in the betting for his next assignment – Gustav Klimt – is one he finished in front of at Newmarket.