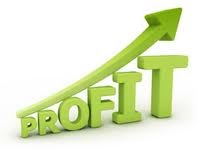 Although I don’t know the exact amount of bets I made this week it was definitely less than the first and I only traded 2 tennis matches too. One being the WTA Miami Final between Serena and Sharapova. I sent in a few lays of Sharapova around the 1.2/1.3 mark after being a break up in the final set. Sharapova was looking good but that price was a bit low in my opinion especially considering that was the first set Sharapova had taken off Williams for 6 meetings. There was a good chance of Williams mounting some kind of comeback and the market always reacts in a big way to even the slightest of hopes. The early break also came courtesy of Williams struggling with the sun, something Sharapova was going to find difficult when they switched ends too.
The comeback began almost immediately and from then on it was pretty much one-way traffic. If anything I got out too early and leveled my profit but I have learnt it’s much better not to be greedy with WTA trading as you never quite know what will happen next. Traded one more tennis match last night for a decent level profit that again went my way almost as soon as I entered the market. I must be on a lucky streak. Here are the updated screen shots followed by summary:

Starting Bank £200 (£100 Betfair, £50 Pinnacle, £50 Betdaq)
Current Bank
Betfair: £184.13
Pinnacle: £42.97
Betdaq: £50.70
Total: £277.81
So the bank is £277.81 now and I have hit the required 25% increase already and thus have recalculated my 2% for bets and 10% for trading. This is a lot earlier than I expected to be honest. I’m now at the second rung of the bank building ladder below and not too far away from the third either. I have no doubt that this rate won’t continue but even if I can grow at half this rate in future I’ll be happy.
Three things I learnt from this week:
1)      Try not to forget to put bets on! I was sure I had put a bet on that was sent to me from one of my tipster sources. Turns out I hadn’t and it duly won L
2)      Never filter bets from tipsters. I don’t normally do this but I really didn’t like the look of one particular bet form a very reputable source. It started winning early on much to my surprise and although I got on in-play and still made a fair bit of profit, I would have made almost double had I kept the faith.
3)      Still not convinced by the liquidity on Betdaq so I’m moving the £50 out of there and giving the new Bet Butler service a go. Sometimes the best odds are with other bookies and even paying 3% commission to get these odds would work out more profitable. Not only that but Bet Butler don’t reveal who you are to the bookies so they can’t limit you based on past performance and so I’m going to add this to my weaponry. If it’s no good I’ll move this cash into Pinnacle Sports to add to what’s already there. Might do a review on Bet Butler too so look out for that.

The big profits from our tips largely come from horses over 10/1 and betfair exchange have significantly better prices on those selections.

We have had success requesting slighty bigger prices than those tipped and usually get matched very easily.

Liquidity can be a problem at times but
they also have their sportsbook odds which are up there with the best in terms of
bookie odds.

New customers only, bet at least €20 on the Exchange and if your
first bet loses, we’ll refund you €20 in Cash. Bet must be placed in first 7 days of account opening. Full T&Cs Apply

Table for Horse Racing in April

View all
The stake for each tip is 10 units

Table for Non-Racing in April

View all
The stake for each tip is 10 units